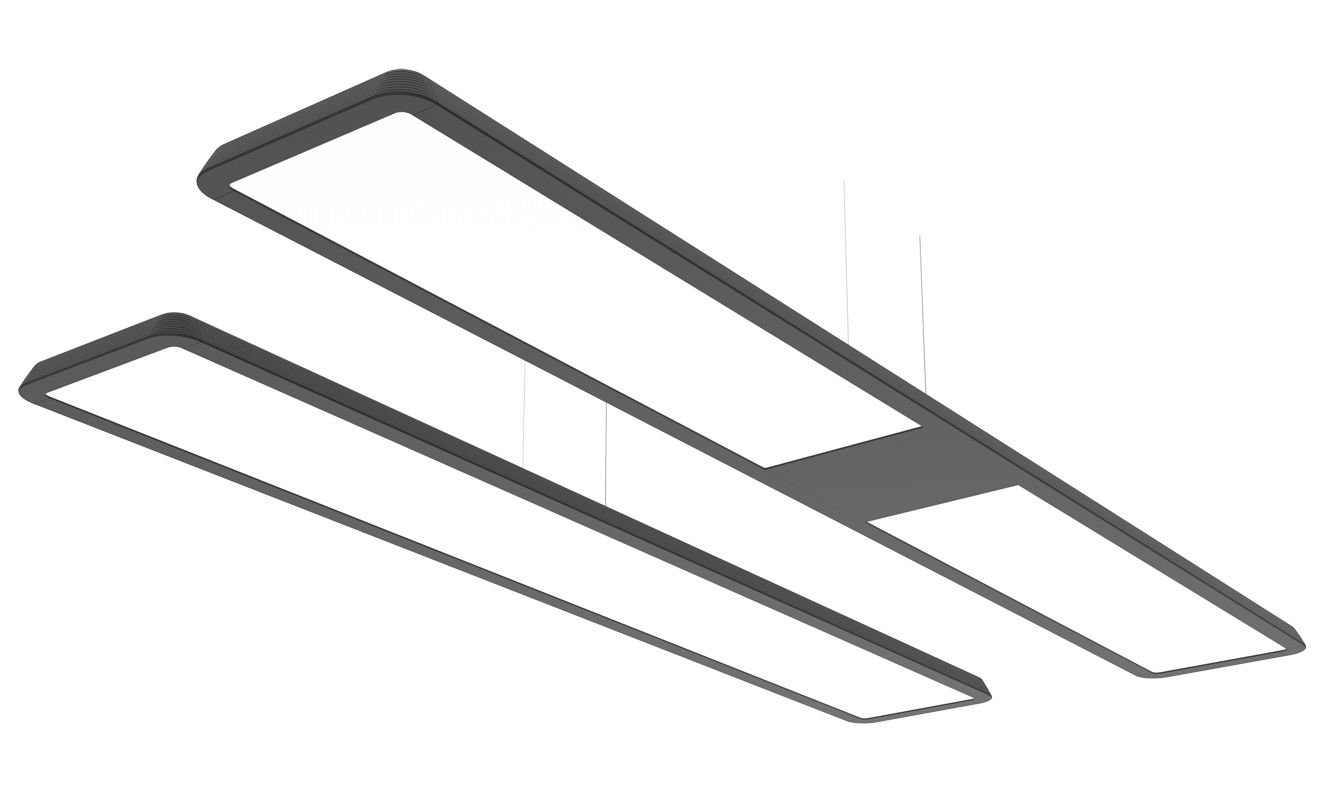 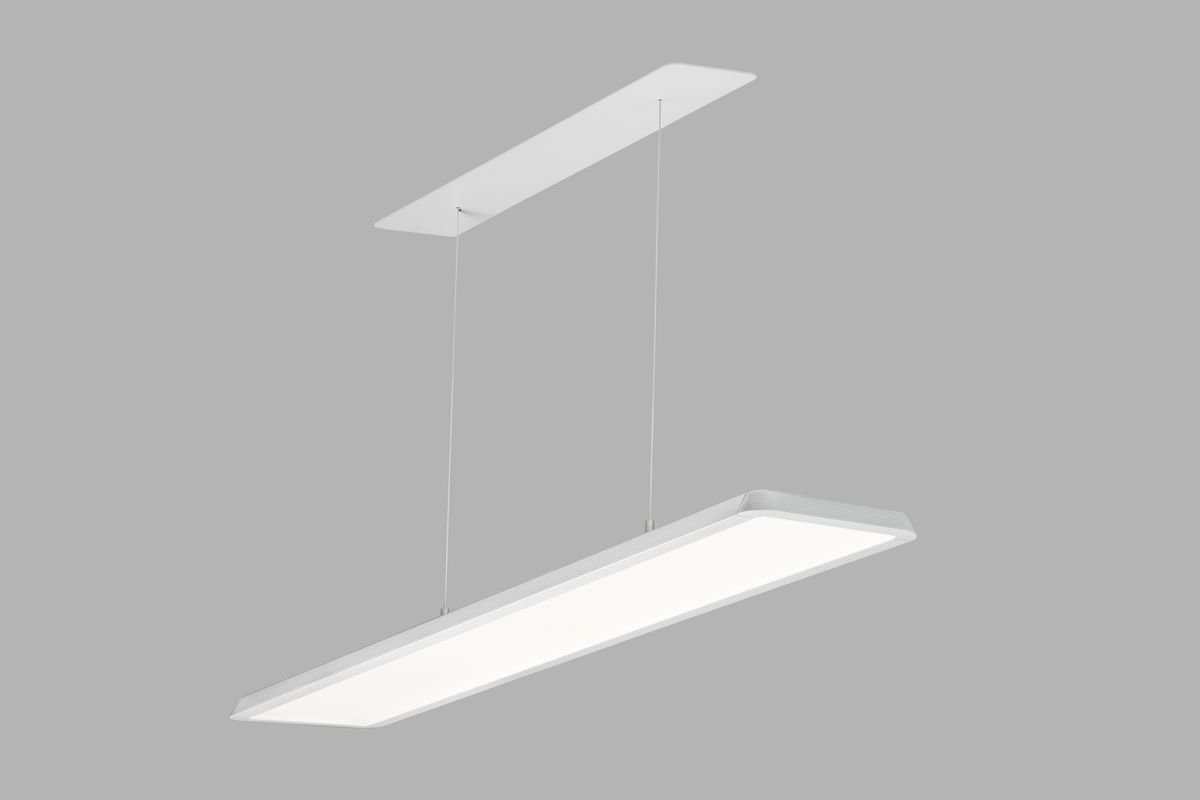 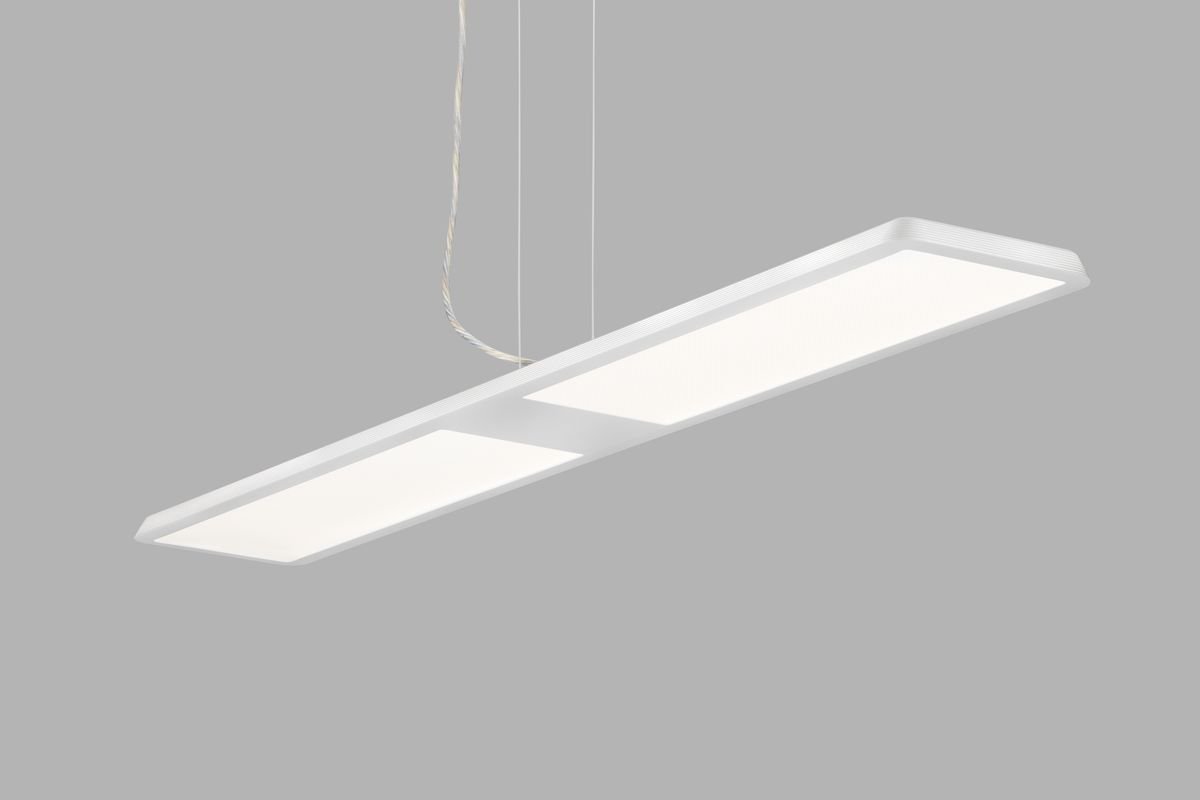 ﻿Inlio is the pinnacle of office lighting. However, it can also be used in car showrooms and other representative spaces. It is characterized by 2 x 2 x 2. What does that mean? Two top technologies, two top parameters and two design features. Inlio with direct-indirect lighting offers two Edge Lighting and Tunable White technologies. The first one also disperses light along the sides. Thanks to Tunable White, you set the color temperature and intensity of light, or chromaticity, to simulate natural daylight. 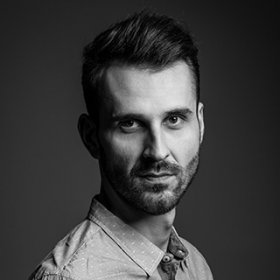 Variants of single luminaires of Inlio 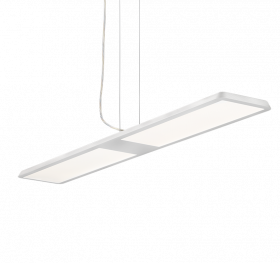 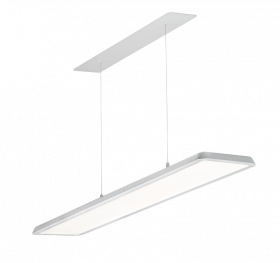 Realization of the family Inlio 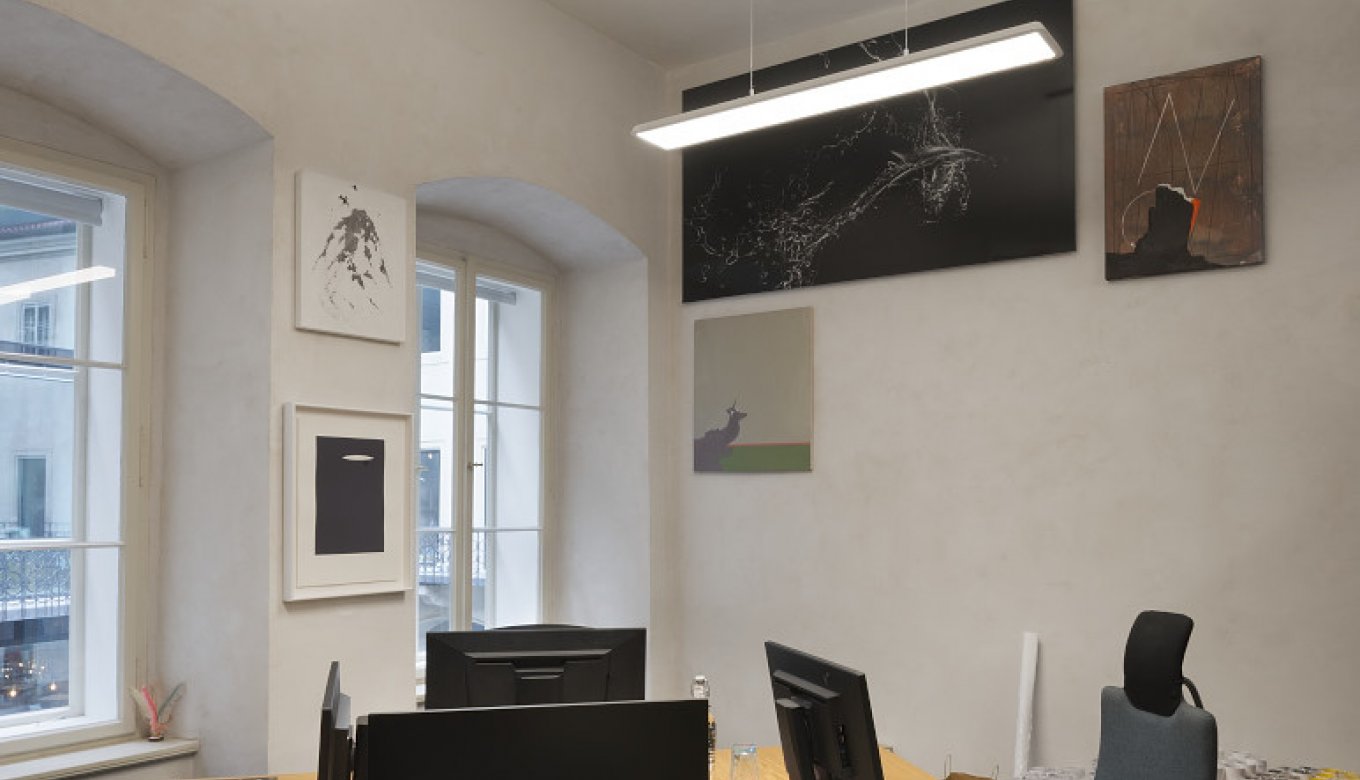 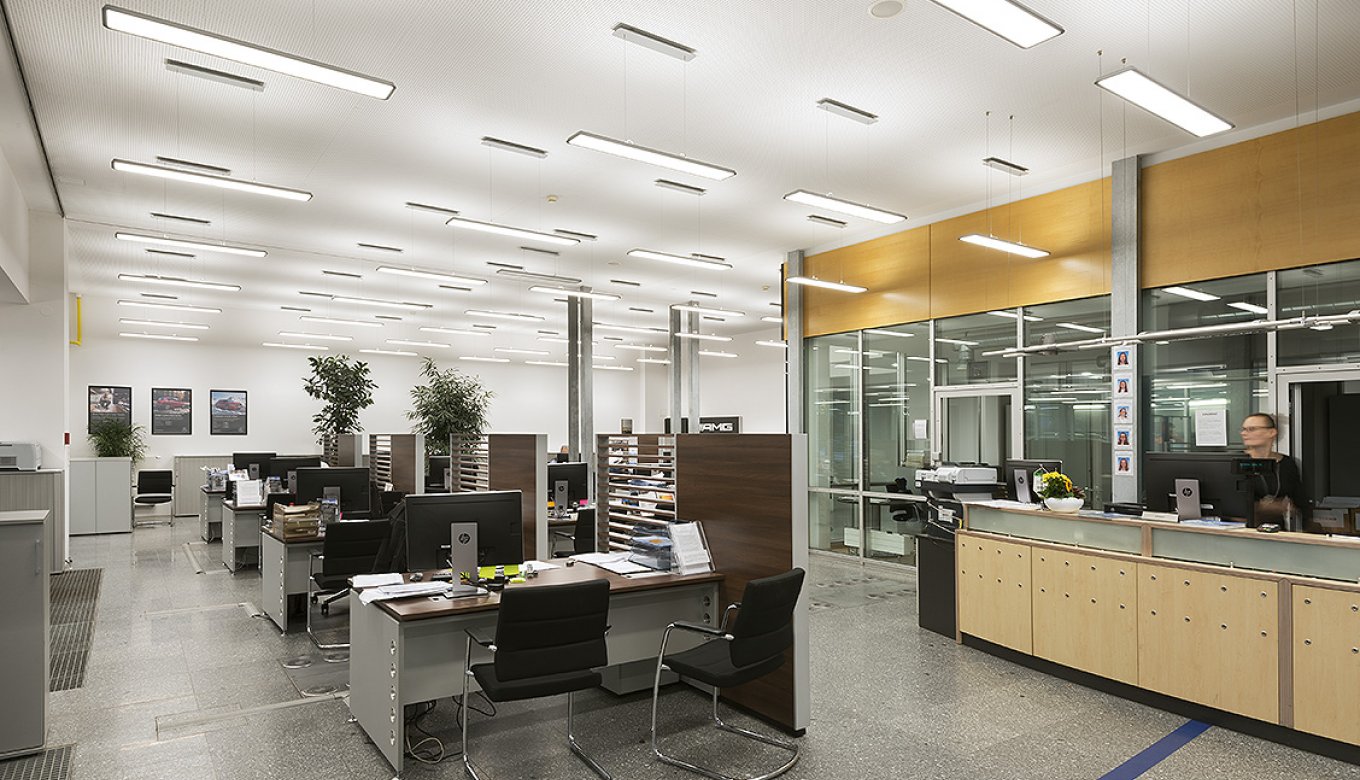 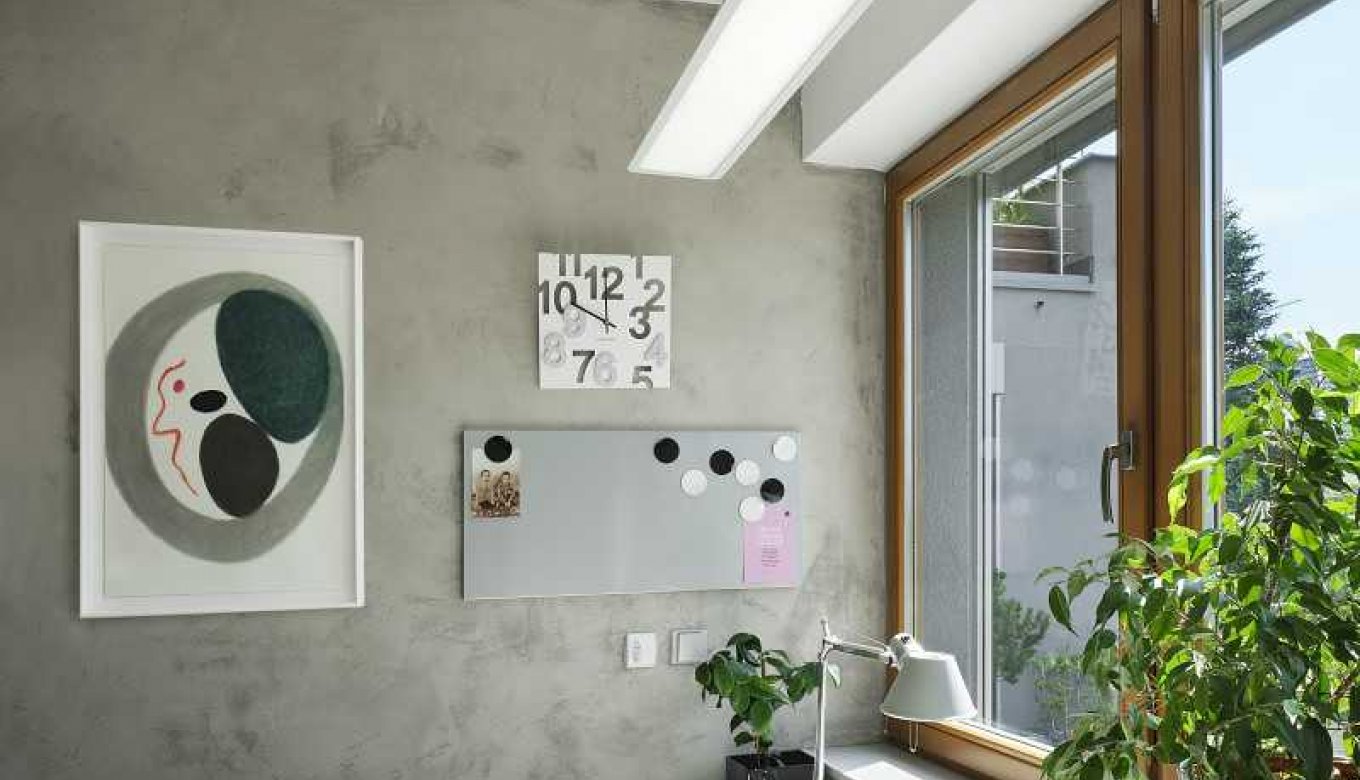 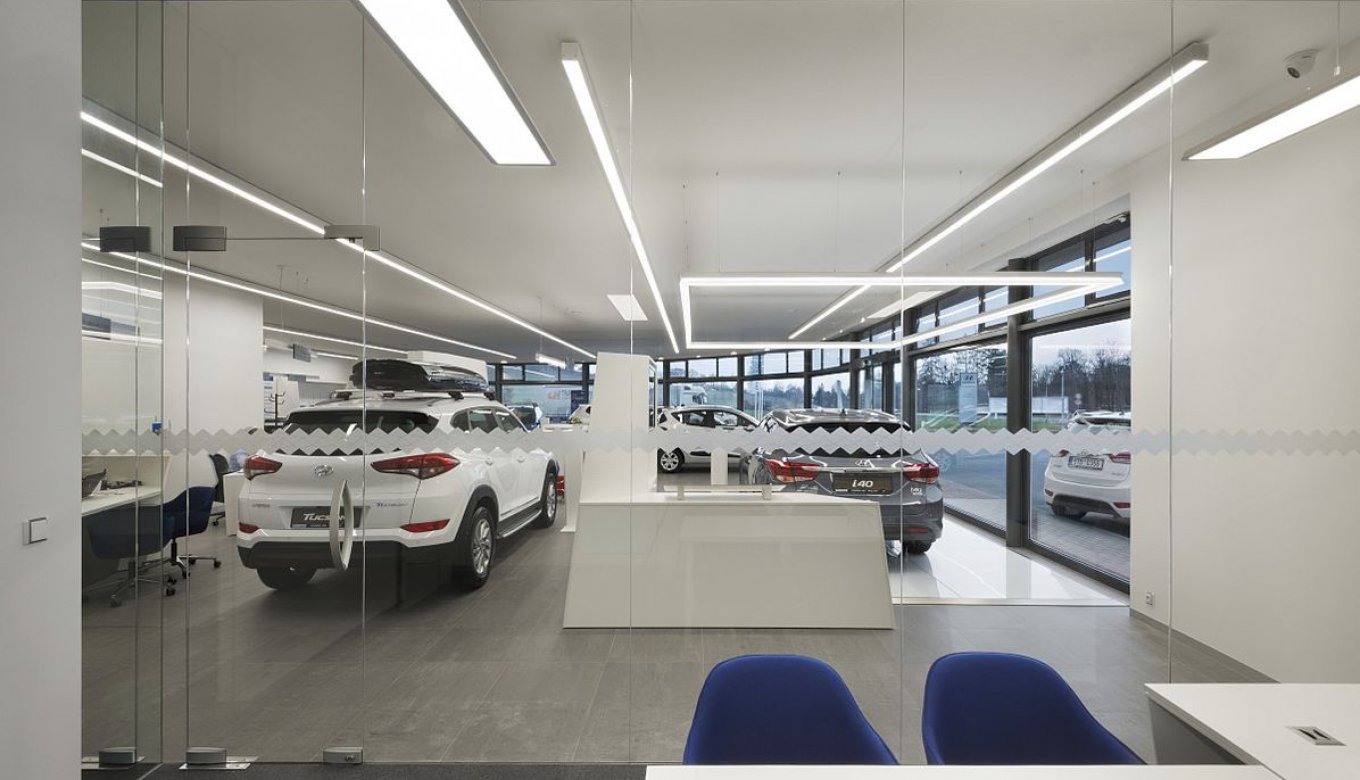 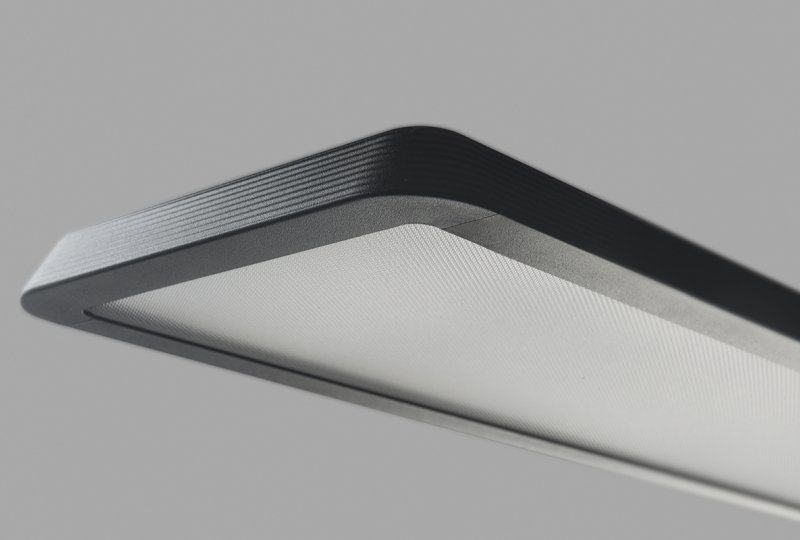 Interesting things about the Inlio

﻿Just 24 mm - that's the height of the luminaire along its entire circumference. When you add the second feature to this, bevelled edges, the light becomes even thinner optically. This allows us it to emphasize space without disturbing it. The version with a recessed cup in the ceiling which conceals the control unit represents a nice enhancement. The power supply of the luminaire is cleverly placed in the suspension cords. The rounded edges and the wavy structure give the light a distinctive character, which was created by the designer Matúš Opálek. Practical feature at the end: dirt does not shine through on illuminated surfaces.